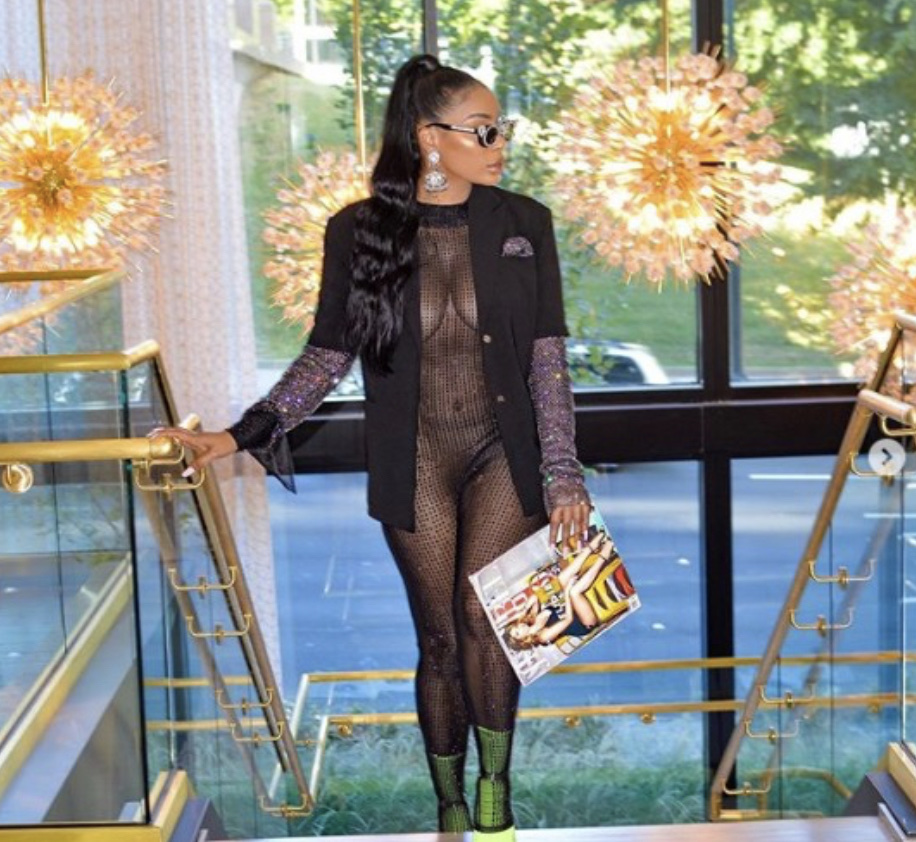 Tommie Lee got people’s attention when she posted a photo of herself showing off her curves.

The reality star shared the image on Thursday, and it shows her wearing a towel on her head, matching bra and panties set and sunglasses.

“I was so mad that I couldn’t use this f*#king jar while I was away!” wrote Lee, referencing the felony aggravated assault charge she received after being accused of pushing her child’s head into a school locker.

Based on the comments, folks were smitten by the aspiring rapper’s body and they paid all kinds of compliments to the 35-year-old.

Ok well the assets still looking good @tommiee_ ?????,” one of her followers wrote.

And more than one person said out of all the scantily clad photos on Instagram, Lee’s are the absolute best. One person even said Lee is the hottest women he knows either on or offline.

Lee posted that photo a couple of days after she shared a separate picture of herself in a bodysuit that looks see-through. There were plenty of reactions to that image as well.

“I’ll take the realest one, over the Richest one,” she wrote in the caption.

But a lot of the fellas said they’d take her.

“u just too dam bad ???,” one person wrote underneath that photo.

Lee is currently working on new music, which she has been sharing on her Instagram. Before she was hauled off to jail, she released a documentary titled “Truth” and a song with the same name that featured Anthony Hamilton.