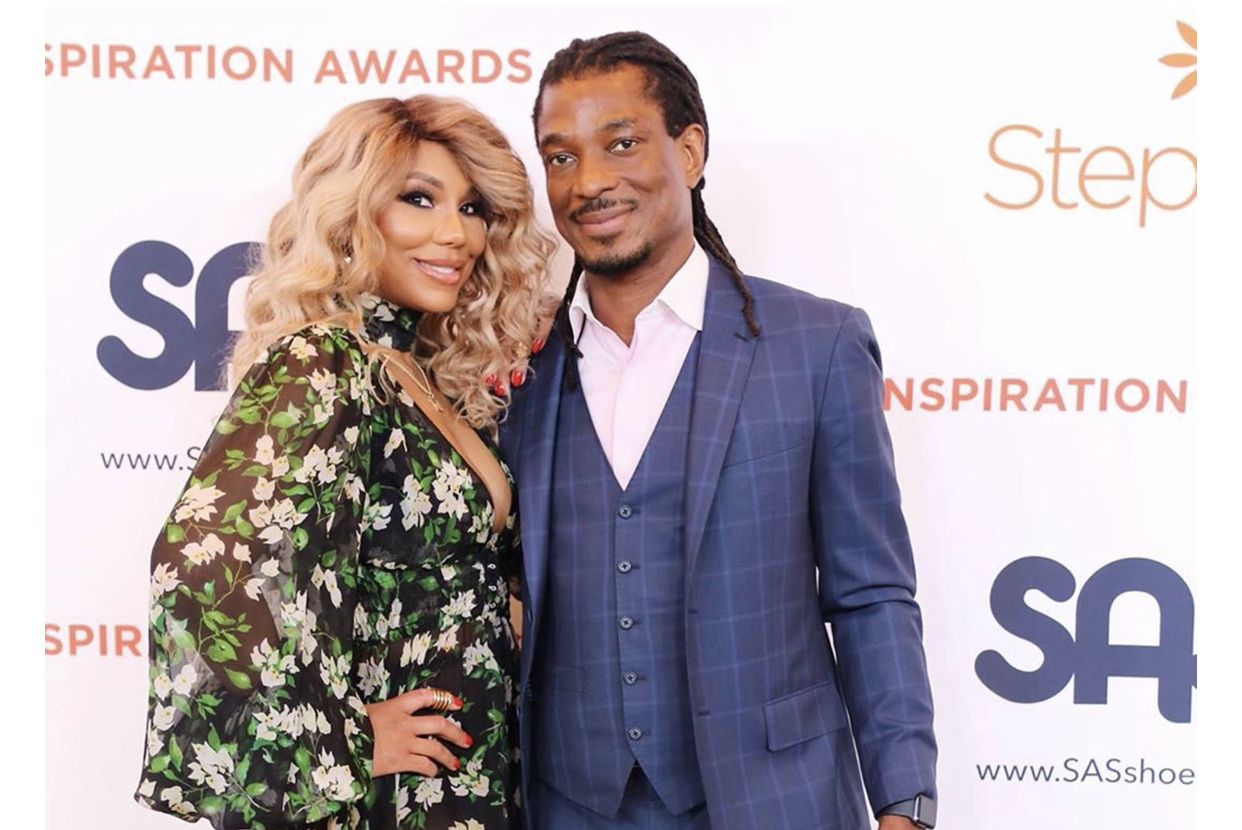 Tamar Braxton might have become David Adefeso’s fiancée in the past 24 hours, and she is waiting to share the fantastic news with the world.

The talented singer took to social media, and she shared a very romantic video where she is in a stunning villa with David who went all out for a special night.

It seems that the Nigerian businessman rented out an entire restaurant and had a romantic night set out for his lady love.

A happy Tamar explained: “I’m sure this isn’t coincidence he better be asking questions tonight cause The P was already on Either way I love you @david.adefeso Period

Tamar was recently in the news for other reasons.

It does not look like the feud between Tamar and Loni Love has left either of them with any good feelings, as the reality TV star has been giving various hints that she is not in a good state of mind recently.

She has been actively posting on Instagram for some time now and recently went as far as to accuse Loni of being behind her dismissal from The Realseveral years ago.

It is worth noting that Tamar has since deleted the post. However, it contained a text conversation between her and someone else who was not named. The messages strongly implied that Loni had personally petitioned the network to remove Tamar.

It is not clear why the diva would decide to go public with these messages that long after her firing, and this has resulted in a lot of speculation among her fans and those of Loni.

The co-host of the Real has been dismissive of the accusations though, claiming that the story was fabricated.She added that Tamar should stop going around other shows, and wanted to make it clear that she was ready to discuss things with her whenever she was.

Tamar did not withdraw her statements though, despite having since deleted her original post. She accused Loni of being the one who is lying in a viral Twitter post and added that the whole situation had driven her to depression.

It looks like fans are split between the two sides, and it is not clear who will come out on top in this argument — if anyone even manages to win.

It seems that David has managed to turn Tamar’s week around with the ultimate sweet gesture — a wedding proposal.