Leftists were quick to rush to the defense of recording artist Lizzo when she was the target of “fat-phobic,” “sexist” criticism about her weight and choice of clothing, but they turned on her quickly after she appeared in the pages of “Rolling Stone” magazine wearing a “traditional headdress” associated with the indigenous populations of Cambodia and Thailand.

Lizzo posted the photo, which shows her wearing little but the traditional headdress, on her Instagram as a way of announcing her status as “Rolling Stone” cover girl.

As a black woman, I make music for people, from an experience that is from a black woman… I’m making music that hopefully makes other people feel good and helps me discover self-love. That message I want to go directly to black women, big black women, black trans women. Period,” Lizzo captioned the shot.

The shoot clearly references religious iconography with Lizzo depicted as a savior figure in a pasty set, but its the green drape across her brown that has progressive critics irked, according to Cheat Sheet.

“In one photo, Lizzo is wearing a headdress that looks like a Chada (also known as a Mongkut or Mokot) and little else. The traditional headdress is tied to several Asian countries, including Cambodia and Thailand. Other photos in the spread seem to have Asian-inspired themes, as well, which has led some followers to accuse the songstress of cultural appropriation,” the outlet reported. “Instagram users flooded Lizzo’s page after she posted several shots from her Rolling Stone photoshoot. While the majority of comments were from fans looking to support the Grammy winner, several followers pointed out that the use of the headdress really was not okay with them.”

“I just don’t understand why people think it’s okay to use the cultural dress of others and wear it this way. Like I love Lizzo and her positivity and her music is amazing and that she is paving her own way. This is just the second time within the last few weeks that I’ve seen Asian dress used in this way and it is NOT okay,” one particularly irate follower said.

In her actual cover shot, Lizzo is shown in a corona of light, wearing an embroidered mesh bodysuit with her head draped, apparently referencing Our Lady of Guadalupe — an apparition of the Virgin Mary that has both religious significance (to Catholics) and cultural significance (to Mexicans). That image, though, seems to have gone uncontested with critics focusing intently on her abuse of Asian culture.

Lizzo has been a darling of the progressive left, The Daily Wire noted previously, since drawing the ire of health and fashion experts and responding with a message of “body positivity.” In one particularly odd instance, Lizzo was blasted for wearing a mesh bodysuit and an opaque thong to sit courtside at a basketball game only for her critics to be labeled “fat phobic,” “fat shamers,” “sexist,” and “prudish.”

“The body shaming in the responses to this tweet is so disappointing. There is so much flesh shown in sports and around it – ever seen women’s poll vaulting, also dancers, cheerleaders, shirtless men with painted body. But, somehow [Lizzo] is out of bounds?! Give me a break,” wrote a New York Times reporter on Twitter. 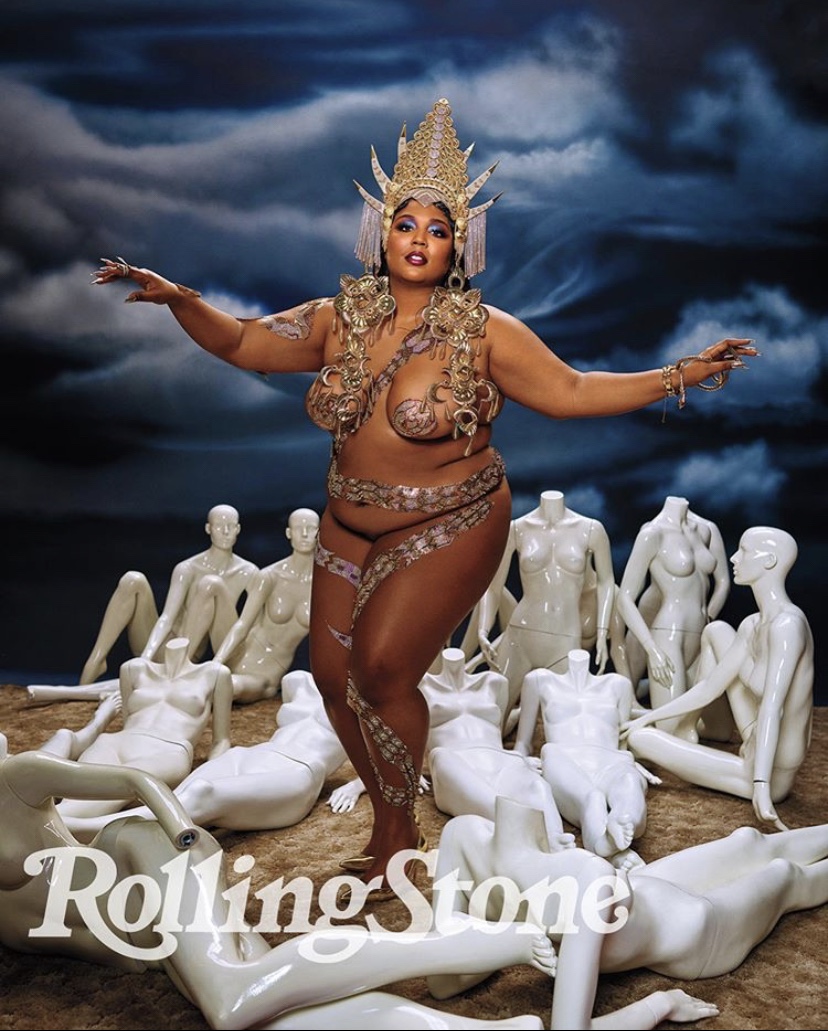