She welcomed her baby Slash Electric with boyfriend Alexander ‘AE’ Edwards in October and subsequently underwent a ‘body lift’.

And on Tuesday, Amber Rose was out modelling her post-baby ‘body lift’ in a pair of skin-tight leggings and a crop top in Los Angeles.

The model, 36, who shares son Sebastian Taylor Thomaz, six with ex Wiz Khalifa, looked sensational as she sashayed down the street in style.

Amber was in low-key mode as she strutted down the street in the crop top and leggings which showed off her sizzling frame.

She kept her trademark buzzcut under wraps with a baseball cap while also accessorising with a swanky designer handbag.

She donned a chunky silver chain and a stud earrings while also displaying a designer watch to round out her superstar accessories. 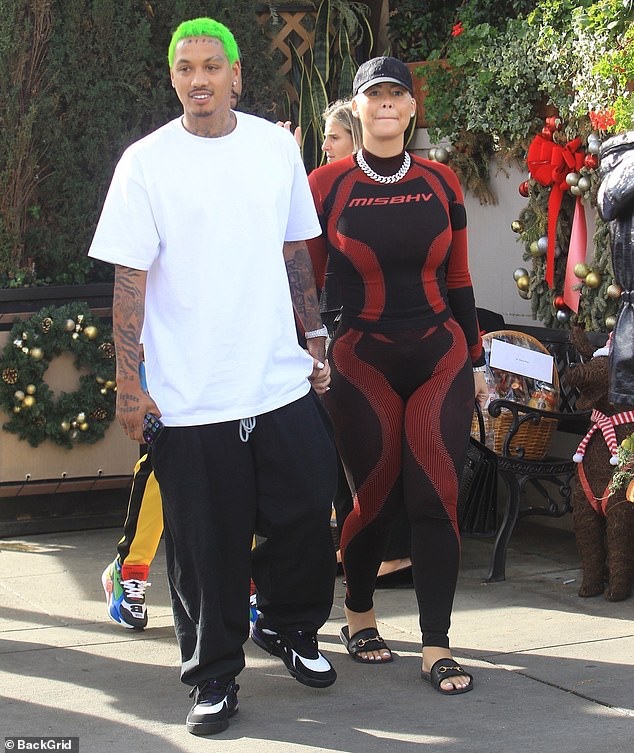 After giving birth in October, Amber let fans know that she was undergoing the full-body surgical procedure.

‘I’m about to get my whole body done after the baby,’ she said in a video on Instagram. [The surgeon is] gonna suck all the baby fat out of my stomach.’

She showed herself in a hospital gown with markings along her jaw that she said her doctor was going to ‘fix.’

The mother-of-two went on to say that she was ‘super excited’ for the procedure before telling her fans that she loves them.

‘Wish me luck, bye,’ she said before getting wheeled into surgery.

On Friday, the School Dance actress also posted her activities on Instagram, which included visiting Cookies marijuana dispensary in Hollywood, as well as apparel store Von Dutch on Melrose Avenue. 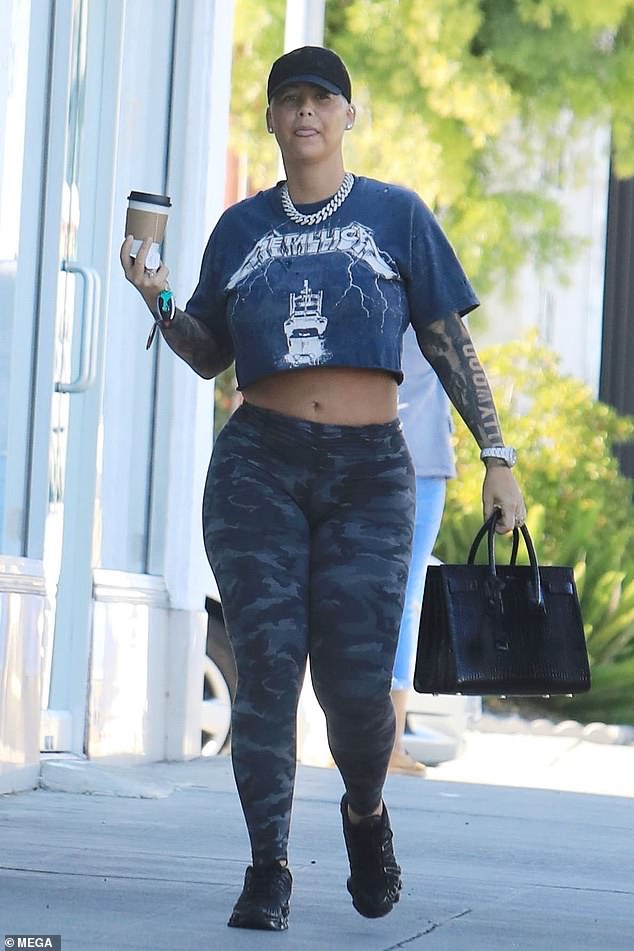