Rapper Jeezy and The Real’s Jeannie Mai seem to be a very happy couple. But we hear that Jeannie was extra happy this Christmas, when Jeezy gifted the talk show host – with $50K in cash.

Gifting cash is the new trend in Hollywood. Last month, Cardi B gifted her husband Offset $500,000 as a birthday present.

And despite not being married, Jeezy was very willing to drop 50 bands on his pretty Asian bae.

After dropping the stacks on Jeannie, Jeezy decided to go to her family’s house for Christmas. And things got really crazy, when Jeezy and Jeannie’s mom got into a drinking and pushup contest.

Jeannie is a television personality, stylist, and talk show host. She is best known for How Do I Look?, USA’s Character Fantasy, and the syndicated talk show, The Real.

As a fashion expert, she is frequently featured on numerous television programs and networks such as NBC’s Today Show on the “Fashion Tips Today” segment, Extra TV, Entertainment Tonight, Insider and E! Entertainment as well as the Miss Universe pageant.

The couple also spent Thanksgiving together where they gave back by working with two local Atlanta nonprofits. They brought gifts to Wellspring Living, a center that provides rehabilitation services to survivors of human trafficking — a cause close to Mai’s heart. (A sexual abuse survivor herself, she is currently executive-producing a sequel to her documentary, Stopping Traffic: The Movement to End Sex-Trafficking.) They also visited Turning Point Group Homes Decatur, playing basketball and dancing with the children living there. 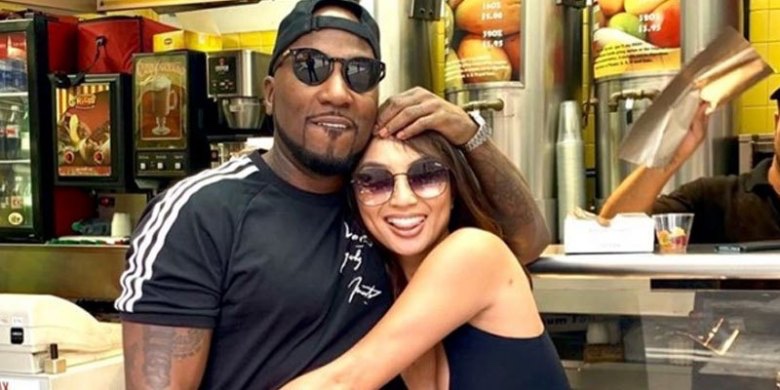