Gabrielle Union isn’t the only loved one getting some support from Dwyane Wade. On Saturday, the athlete and father of four took to Twitter to defend his son from online trolls.

Last week, the retired NBA star spoke out amid reports that his actress wife had been fired from America’s Got Talent after complaining about various workplace issues on the set of the NBC talent show.

As Wade and stars like Debra Messing and Ellen Pompeo rallied around her, Union posted a family photo to convey her gratitude for the show of support. But the shot of the Wade clan gathered for Thanksgiving has sparked some more drama for the celebrity couple, thanks to trolls mocking Wade’s 12-year-old son Zion for rocking dramatic fake nails and a crop top in the photo.

Many commenters took issue with Zion’s appearance, leaving remarks like “encourage this boy to dress manly” and criticizing dad Wade and stepmother Union for letting him wear fake nails. While the couple have not explicitly addressed the boy’s sexuality, Union joined Zion and his mom, Siovaughn Funches, at the Miami Beach Pride Parade this April, and she and Wade launched a T-shirt range to support LGTBQ youth this fall.

But others called the backlash homophobic and praised Wade and Union for letting Zion express himself. The former Miami Heat star responded to the controversy on Twitter on Saturday, sharing that he’s committed to making his children “feel that I see them, love them and support them.” 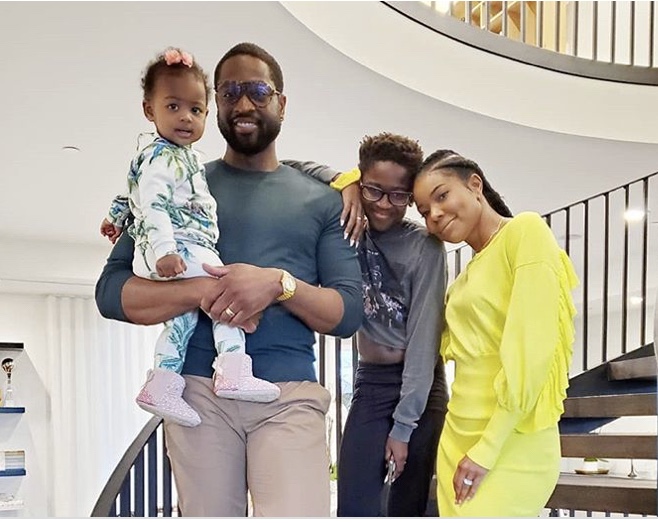 A third tweet called out the “hate” his family had received, adding that “stupidity is a part of this world we live in.”

He went on to defend his parenting and Zion’s right to dress as he chooses.

“I’ve been chose to lead my family, not y’all,” he posted. “So we will continue to be us and support each other with pride, love and a smile.”

Wade’s response has fans hailing him as a “great example” for other parents.

“Dwyane Wade is not gonna be the homophobic dad y’all want him to be,” read one comment. “Unlike your parents he actually loves his kids; leave him alone.” 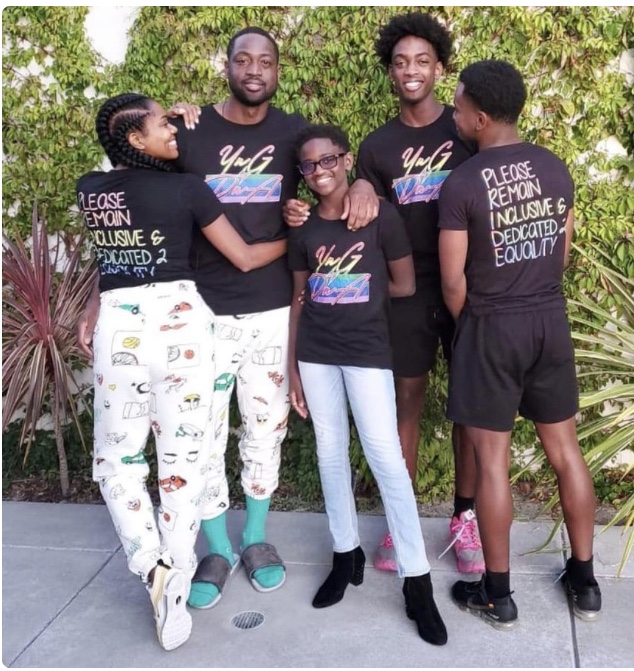