Curtis “50 Cent: Jackson is currently in a relationship with the gorgeous model Jamira Haines, who is also known as Cuban Link. But yesterday, the rapper showed pics of his very first girlfriend ever.

50 posted a pic of him holding hands with an adorable little girl, and 50 claims that was his crush. But according to 50, he was a “pimp” even back then. The entertainment mogul explained, “I been Pimpin.” He continued, “I told her then, we can kick it but I got sh*t to do. LOL.”

He has pursued an acting career, appearing in the semi-autobiographical film Get Rich or Die Tryin’ (2005), the Iraq War film Home of the Brave (2006) and Righteous Kill (2008).

50 Cent was ranked the sixth-best artist of the 2000s and the third-best rapper (behind Eminem and Nelly) by Billboard. 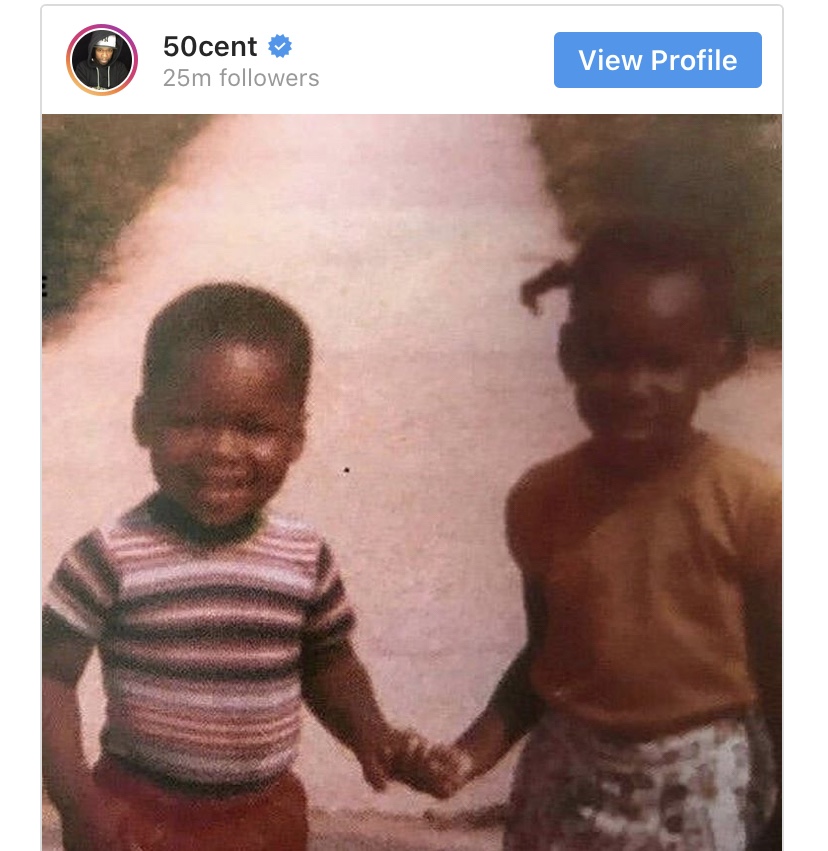