Jay Z, the billionaire mogul and philanthropist, is responding to Twitter trolls now. The music mogul frequently talks to fans, through his “burner” Twitter account @AintNoJigga.

Jay has been using that burner account now for almost a year – posting exclusive pictures, and inside information from there.

Most of the time, Jay’s burner account just talks about Jay Z and his many accomplishments.

But yesterday, Jigga got into a back and forth with a Twitter troll.

The drama started when the troll suggested that Beyonce helps Jay Z sell out concerts. The fan posted, “Hov cant go on a stadium tour without Beyoncé. Beyoncé can go on one by herself tho.”

That must have struck a nerve with Jigga, because he responded – via the burner account – by writing, “I see what you’re trying to do here, kudos, but you should have said “Hov can’t sell-out a stadium tour alone.” Because he had done two sold-out stadium tours previous to OTR series; with Em and then JT. But go off!! Cheers to The Carters. Forever together.” 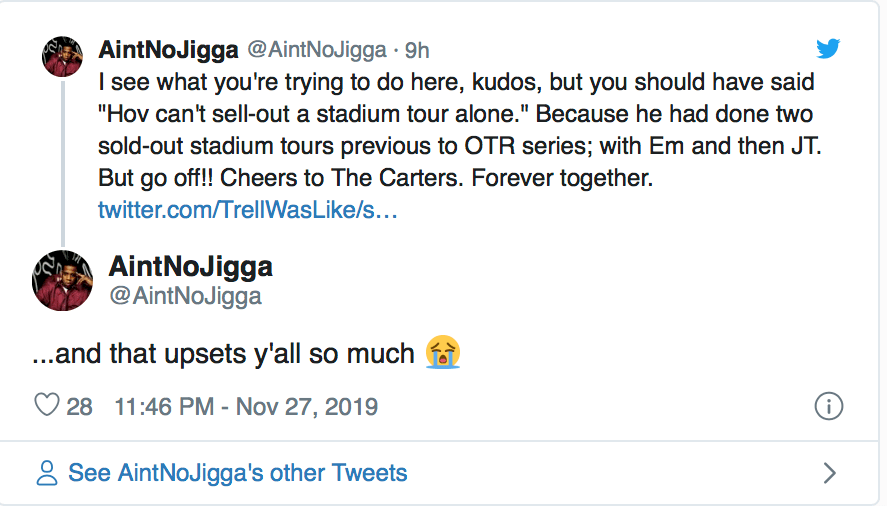 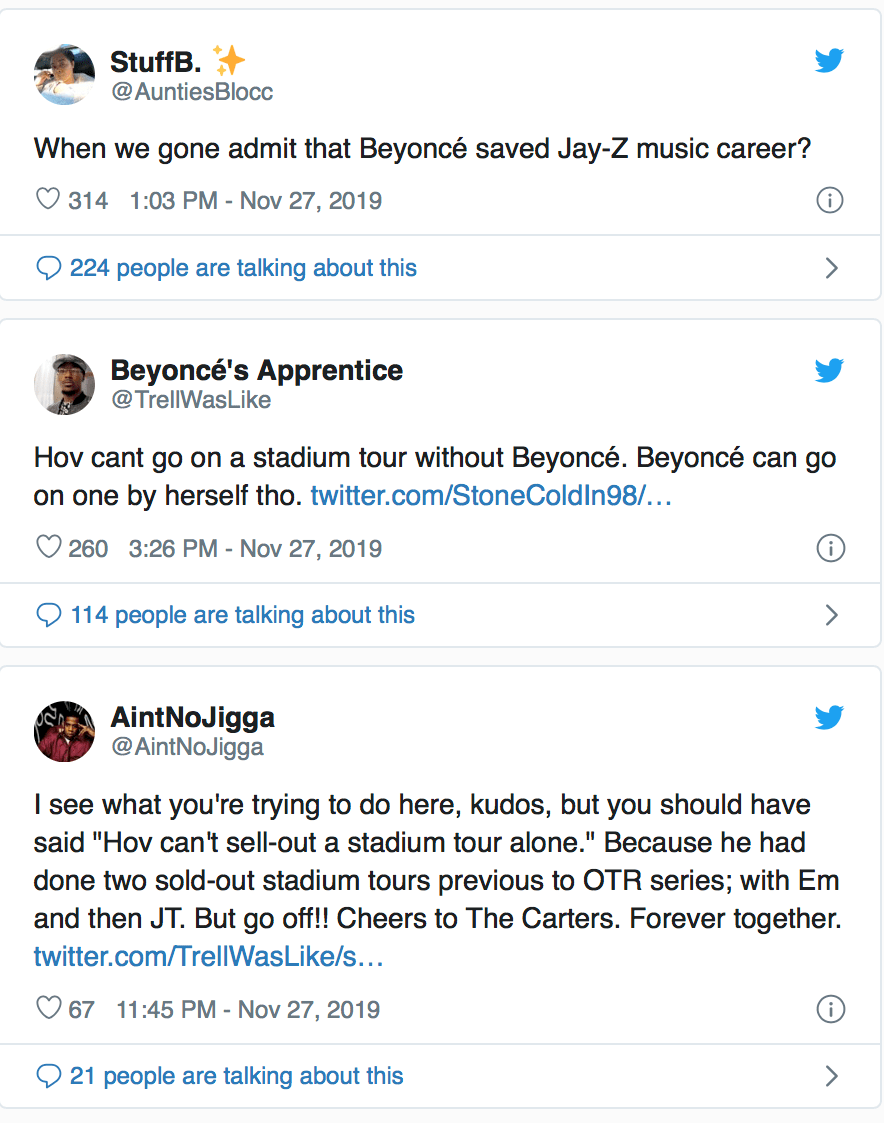 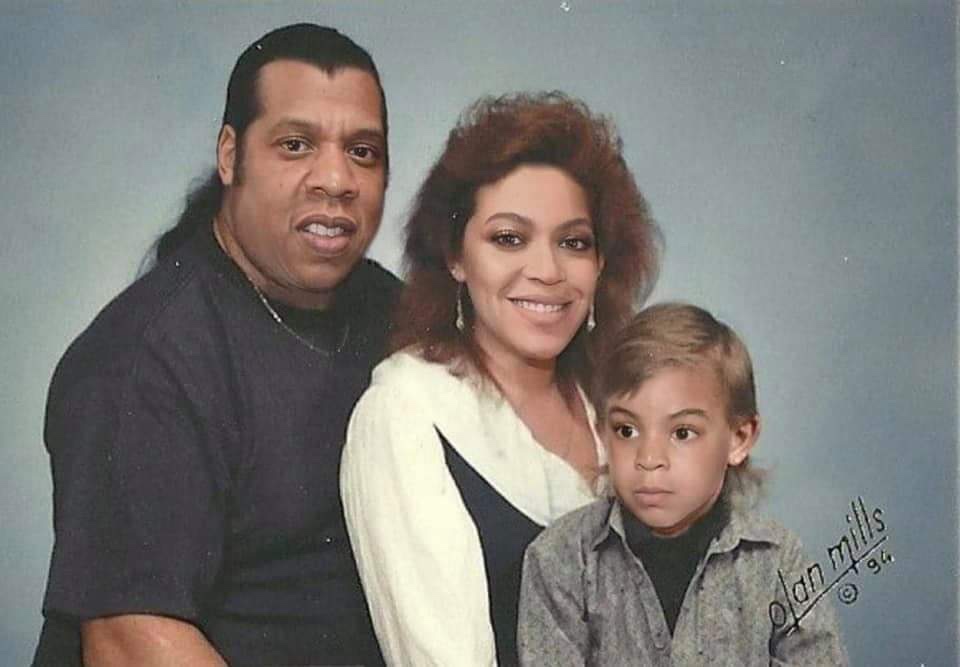