The beautiful ex-wife of actor Eddie Murphy was spotted out yesterday, as she showed off her new blonde hairdo.

The beauty was caught by the paparazzi as she visited Sprinkles Cupcakes in Los Angeles. Nicole was picking up some last minute treats for Thanksgiving.

The model and media personality soon saw the photographers as she walked out the store with her bag of cupcakes, and pulled her hood over her head to cover her hair and face.

Eddie Murphy married his model girlfriend, then Nicole Mitchell in 1993. During the course of their marriage they had 4 beautiful daughters and 1 son: Bria, son Myles, Shayne, Zola, and Bella. In August 2005, however, Nicole filed for divorce, citing “irreconcilable differences.”

Since splitting with Eddie, Nicole has been romantically linked with dozens of men – including a few married ones.

LisaRaye McCoy claims that Nicole carried on a relationship with her ex-husband, while the two were still married. More recently, Nicole was romantically linked to married producer Antoine Fuqua. Antoine is currently married to actress Lela Rochon. 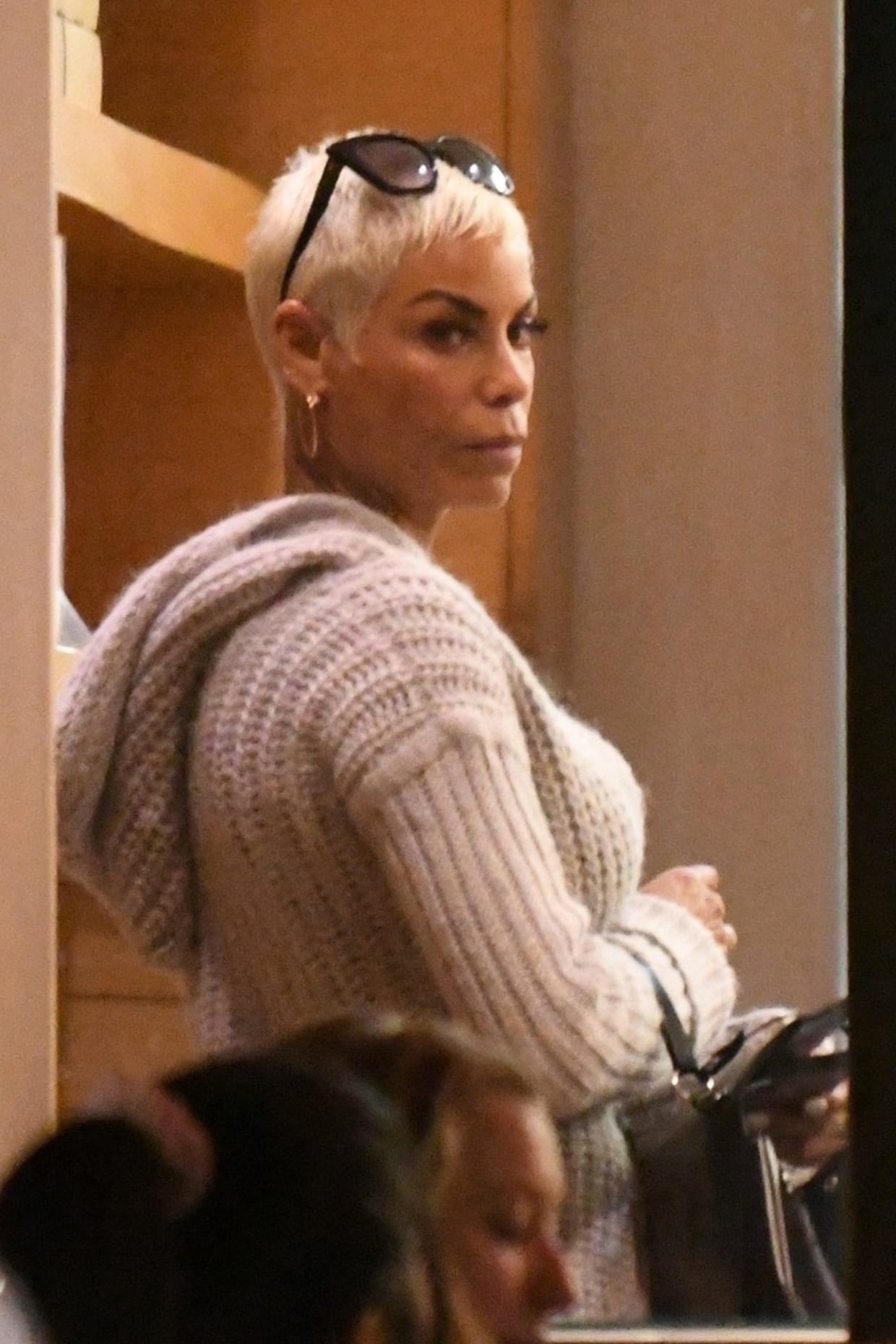