Sooo, a couple days ago Justin Timberlake, man who is most definitely married to Jessica Biel, was seen holding hands with actress Alisha Wainwright in New Orleans. Not only was there a video, an eyewitness told The Sun (who first published the pics), “He grabbed her hand and rested it on his knee” and “he clutched her hand with both of his and was playing with her hands.”

Since these iffy pics were snapped, multiple sources have told multiple outlets that nothing is going on, and now, Alisha’s dad Jeff Wainwright has spoken out. “She is in New Orleans doing some work, that is all. They are working on a movie together,” he told the DailyMail. “I did not make anything of it, really. I am a music producer, so I am used to all the hoopla. This is the business we are in. This is how it goes.”

He added, “I cannot be telling you whether or not she is in a relationship or things like that. She is a young lady, 30-years-old, she is living her life and doing what she has gotta do. She has always been a big traveler and open-minded. Even if there is something (going on) I would not know. When you are in show business, you separate family from the business. When you are at home with your family, you talk about other things. You don’t talk about this crazy stuff.”

OK! Meanwhile, an “insider” told E! News that Justin and Jessica are “downplaying everything and trying to laugh it off as nothing.” But at the same time, “it was definitely inappropriate and something that would make any wife uncomfortable. He had too much to drink and got carried away.” 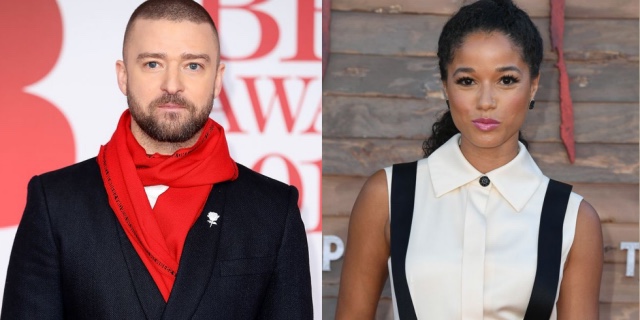